You may email me at wwawitcher @ windstream. net

Go to our facebook page, Witcher Genealogy, and ask to be friended. 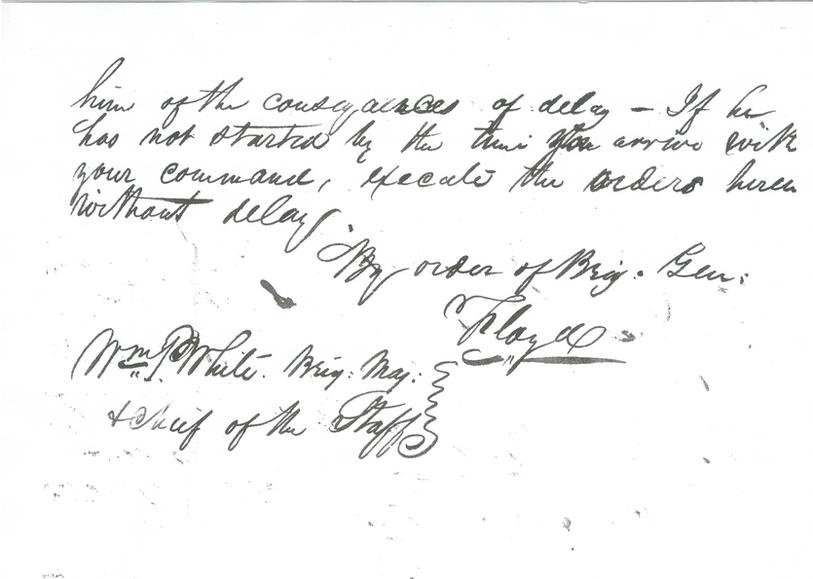 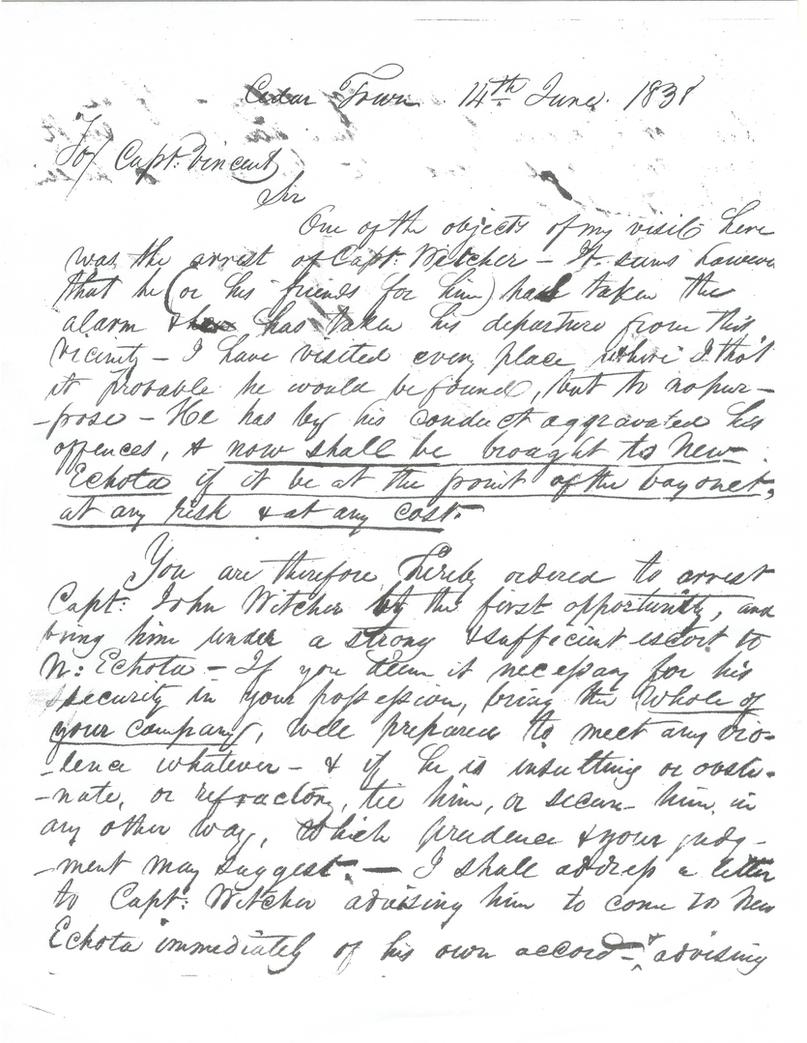 One of the objects of my visit here was he arrest of Capt Witcher - it seems however that he (or friends for him) has taken the alarm & has taken his departure from this vicinity – I have visited every place where I thought it possible he would be found, but to no purpose – he has by his conduct aggravated his offenses, & now shall be brought to New Echota if it be at the point of the bayonet, at any risk & at any cost.

You are therefore hereby ordered to arrest Capt. John Witcher at the first opportunity, and bring him under a strong & sufficient escort to N. Echota – If you deem it necessary for his security in your possession,  bring the whole of your company, well prepared to meet any violence whatsoever - & if he is insulting or obstinate, or ???, tie him, or secure him in any other way, which prudence & your judgment may suggest – I shall address a letter to Capt Witcher advising him to come to New Echota immediately of his own accord & advising him of the consequences of delay – if he has not started by the time you arrive ??? your command, execute the orders herein without delay.

By order of Brig. Gen.
Floyd


John Witcher was a citizen of Cedar Town, Georgia, in the 1830s. He was one of the first European settlers in the Cherokee County region, before that land was opened up for settlement.

As the Indian removal was underway, Captain John Witcher played a significant role in the displacement of those indigenous people. Depending on whose perspective you adopt, John Witcher was either loved or despised. The local white population protected this man and his endeavor to open up land for the pioneers, and provide protection for their families, while the local Indian population, the US government, and the Governor of Georgia became increasingly antagonist at Captain Witcher's tactics. Reports were filtering back that Witcher and his militiamen were themselves lawless and needlessly aggravating the Cherokee population. Click here to read a more complete story about this early Paulding County pioneer and his adventures.

Below is a letter written by Brigadier General Floyd, demanding the arrest of Captain John Witcher, should he fail to immediately respond to the government's demand that he answer for his behavior. The letter is transcribed, with the original document imaged below the transcription.

I would like to thank family researcher, Jean Hughes, for providing a copy of the original document. Wayne Witcher.