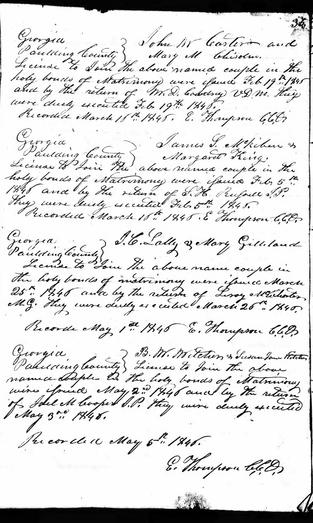 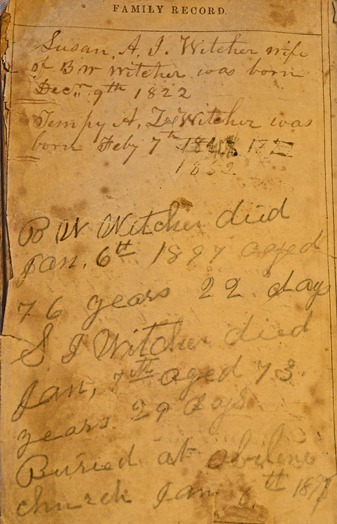 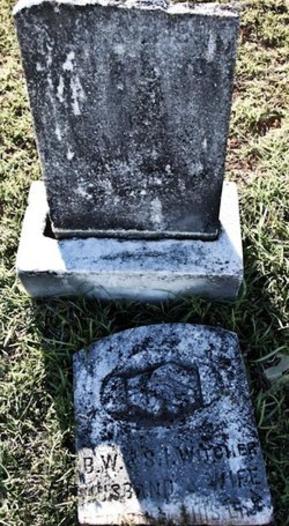 The mystery of Polly Witcher

The official record from The Pittsylvania County, Virginia Marriage Bond Index, 1767-1861, shows that two Polley Witchers married days apart. One was Polley Witcher who married John Mitchell on November 29, 1811; bondsman was James Witcher (perhaps her father?). Days later, the second was Polley Witcher who married John Witcher on December 3, 1811; Joseph Hatchett is listed in the index for this marriage. The court clerk I spoke with stated this Mr. Hatchett was the minister.

A Marriage bond exists for John Mitchell and Polley Witcher. So far the clerks cannot seem to locate the marriage bond for Polly Witcher and John Witcher, though, as mentioned, the bond was once indexed.

Which (if either) Polley was the daughter listed in the will of John Witcher, Jr., son of Major William Witcher, or was one of them the daughter of James Witcher and Mary Colley?

The Marriage of Bushrod W Witcher to his cousin Susan A.J. Witcher

A clue is in the 1880 Federal Census records for Bushrod W Witcher and Susan J Witcher.

In the John and James Witcher Bible record, which is located on this site, Bushrod W. Witcher is identified as the son of John and Polly, and Susan A.J Witcher was a daughter of James and Tempy Witcher. The dates of birth given in the census exactly match the dates given in the Bible record. Plus daughter Zelenah Lee is mentioned in the family bible record along side the parents, and she is mentioned in the census record.

I have included a copy of a marriage license from Paulding County, Georgia, dated May 3, 1846. One publication erroneously indexes BW as BM Witcher, but that is a mistake.

I also include a picture of the tombstone for this husband and wife, both of whom are buried together on the same date, on January 6, 1897, exactly as the family bible records. Click here to see this index. The stone records the two as "B.W." and "S.I.," S.I. obviously meaning to represent Susan Jane. Additionally, I include a family bible entry for these two, giving the date of death, and place of burial. The bible record lists the burial at a certain Abilene Church, now known as The Church at Carrollton Cemetary.

Just another clue in your search for the answers of who your ancestors are.

Here are some Witcher land grant information the Georgia Register of Grant books from the late 1700s to early 1800s. 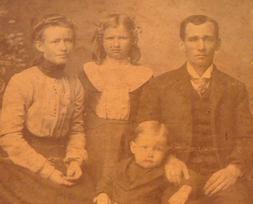