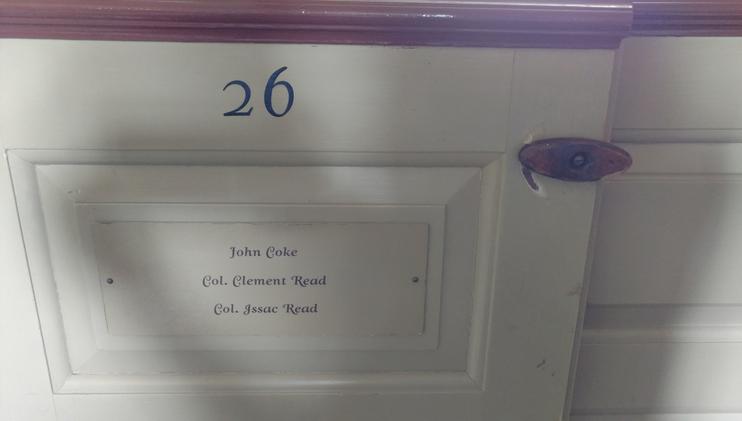 At the bottom of this essay, I have attached several images of a very early record of William Witcher. This William Witcher was the individual who was later commissioned as a Major in the Pittsylvania County, Virginia Militia.

The receipt is dated March 18, 1759, and is addressed to “Cornl” Clement Read. I strongly suspect this Clement Read is the famous Col. Clement Read, whose name is permanently affixed to the door leading into one of the boxed pews within the sanctuary of the historic Bruton Parish Church, located in the center of old Williamsburg, Virginia.

As a side note, among the men of the Revolution who attended Bruton Parish Church were Thomas Jefferson, George Washington, Richard Henry Lee, George Wythe, Patrick Henry, and George Mason. It is said that these Patriots would enter the sanctuary of this church and pray for wisdom as to how to prosecute their bid for colonial independence.

The 1759 receipt is watermarked with a royal crown. I have provided a close-up image of that watermark, in case anyone would like to hazard a guess as to its meaning. Was it the English royal crown?

Witcher family-lore retells that William Witcher was married to a certain Lydia Atkins/Atkinson. I tend to suspect this was the case, based on my extensive research. Click here to read more about William Witcher and his children. 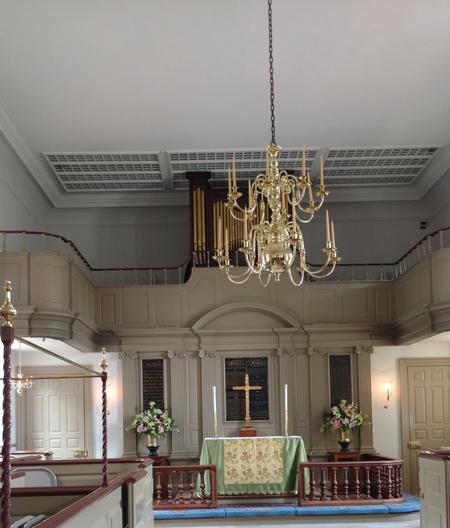 just ask to be friended. 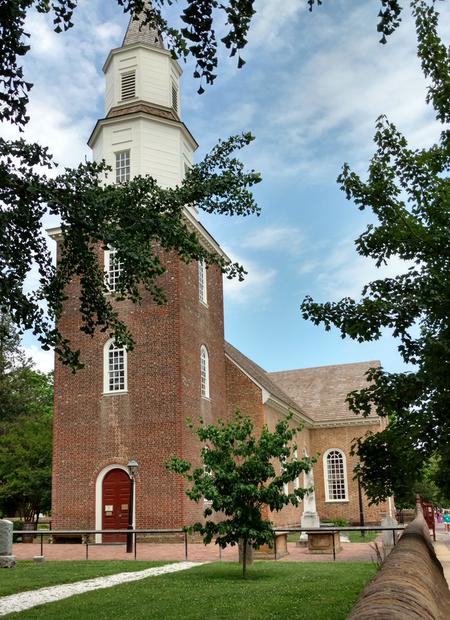 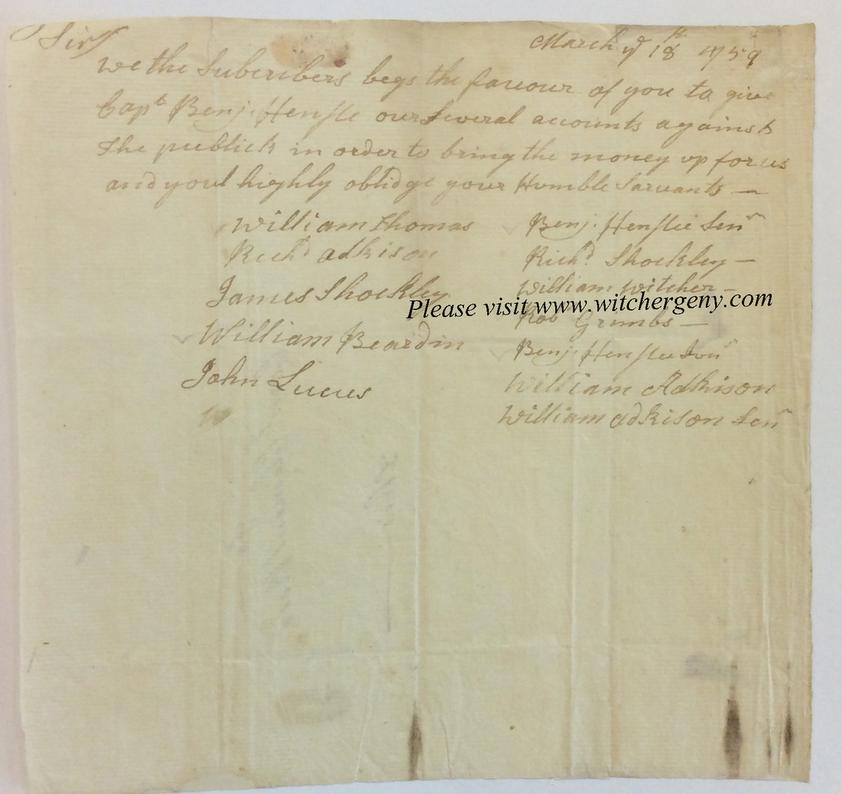 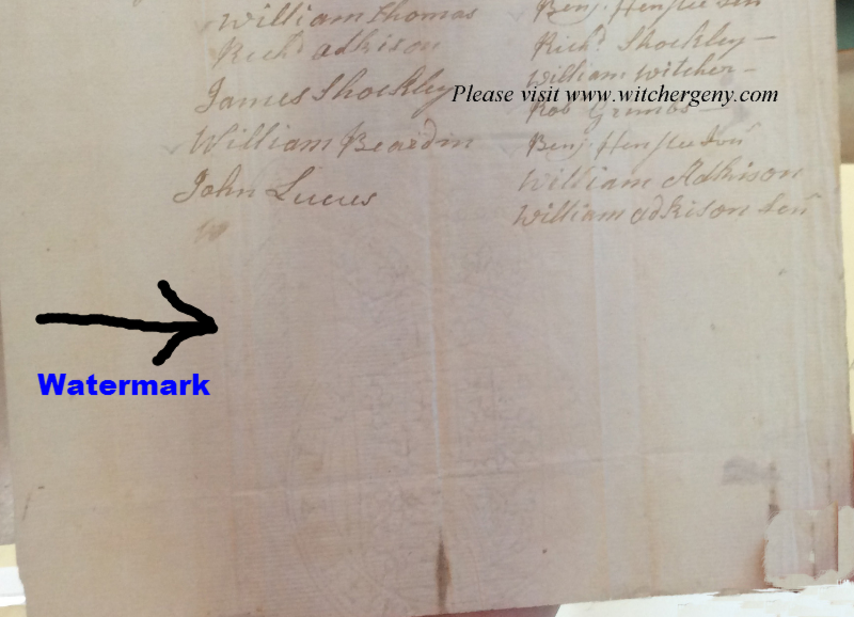 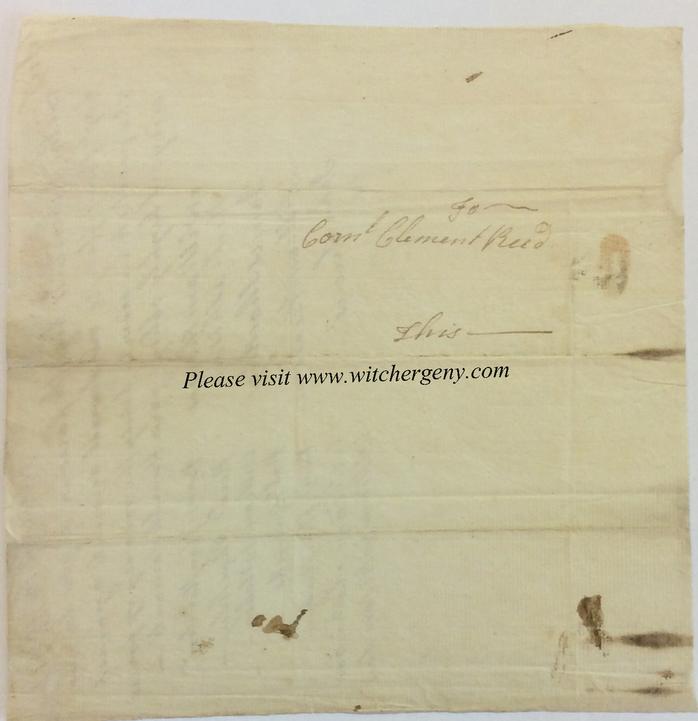